Need to improve installation that also implements the soft-closing feature
Project Issues
In order to be attached to mass produced furniture products, the original soft down lid stay needed to have its position adjusted to speed up installation time. The main design challenge was developing an easy to attach lid stay that retained its soft down function.
Sugatsune's solution

Redesigned to be attached simply by aligning with the front edge of the cabinet and fixed in place with screws. Installation requires no expertise. When the flap is opened, internal springs make it easier to lift, when the flap is closed, dampers cause it to soft closely. Further, when the flap is released past a certain angle until it is fully opened, it will hold in place. Sugatsune delivered an engineering solution catering specifically to all the needs of the end user.
→ Free-stop motion
→ Soft-close motion

Need to follow a unique opening trajectory, installation area also very limited
Project Issues
Inside the door frame and around the hinge were numerous cables and components. There were large restrictions on space to install the hinge. Also, it was necessary to minimize the space between the door and the frame to limit foreign debree entering the inside compartment.
Sugatsune's solution

The movement was rethought over, taking into consideration that the door had to first move away from the cabinet before swinging, in order to avoid any damage to the cabling and electronic components.. Additionally, the hinge is simply clipped to the body for a very quick assembly on site. Sugatsune delivered yet another solution to answer the needs of our customer.
→ Unique motion

Need for an easy to install hinge that can hold at multiple angles
Project Issues
Clamshell cellphones needed to be made smaller and also needed a hinge capable of holding the display at several set angles. Previous clamshell hinges required adhesives to attach it, increasing the complexity of production due to the necessity of waiting for the adhesive to harden. The OEM inquiry included a request to simplify the install process. Maintaining a high load capacity was also important.
Sugatsune's solution

Sugatsune’s Motion Design Tech includes click motion. Using this technology, it is possible to have hinges snap into place and hold at a certain angle. We submitted several options to the customer with varying amounts of torque and several tactile variations. By providing a number of choices to the customer, we were able to get as close as possible to the movement desired by the customer. Not only did the hinge snap into place at certain angles, it also held the screen using free stop at any angle, increasing the convenience of use. Further, by combining the hinge into a unit, it became possible to install without the use of adhesives. We also achieved a high load capacity by newly creating a ball structure. We also designed a cap to be placed on the top of the hinge. By doing this, we ensured that even if the phone model changed, it was easy to coordinate by simply changing the color of the hinge cap, providing extra value and solving our customer’s design requirements.
→ Click motion 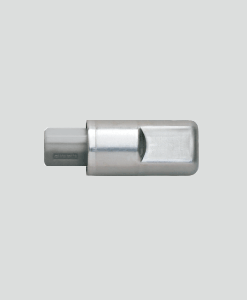 Very limited installation space
Project Issues
A desire to make a top opening lid close softly when released. Installation space was too small to use a regular butt hinge or damper hinge. The customer wanted to know whether it was possible to have a damper hinge function in a small space.
Sugatsune's solution
By reducing the hinge to only the axis, it was possible to make the hinge smaller. Also, by combining the components of the hinge into a single unit, it became easier to both attach and detach, an additional advantage for the customer.
→ Soft-motion

ACCEPT
You seem to be visiting from United States of America. Sugatsune America serves your location.